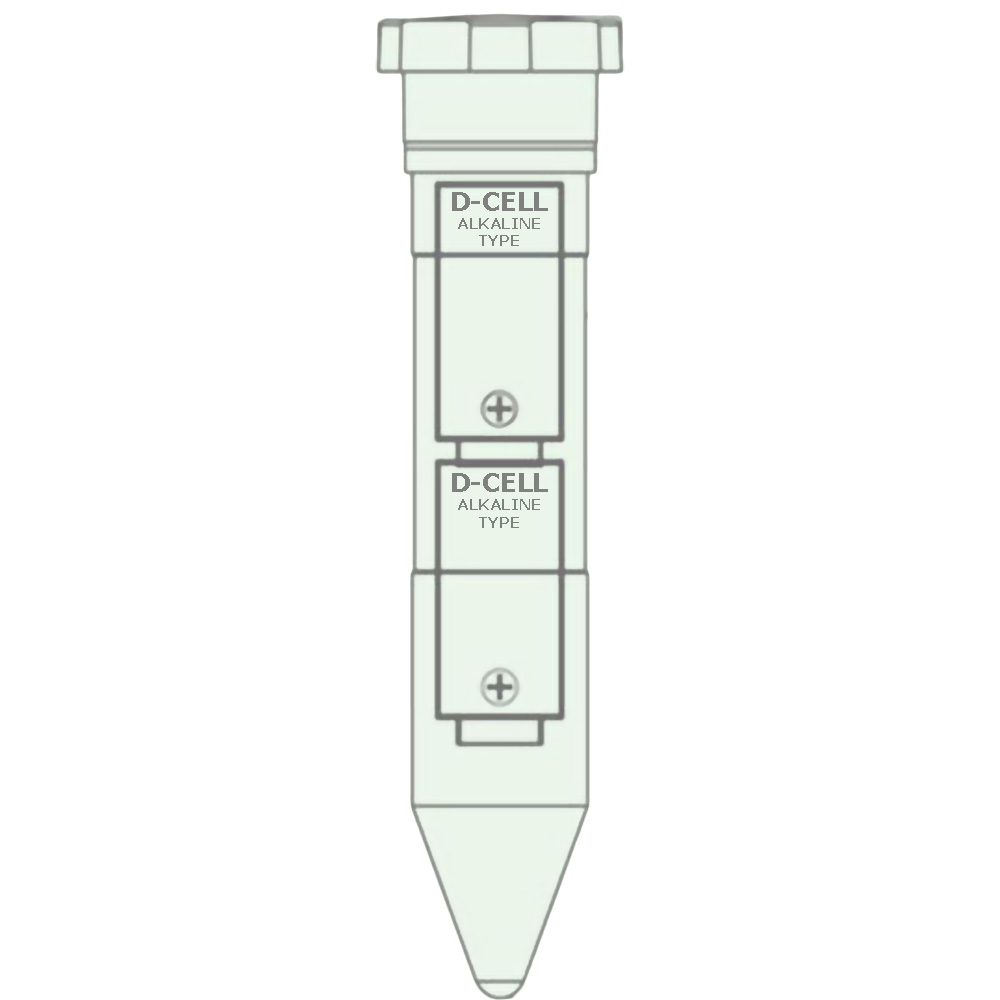 Don't wait to see a snake! *Change batteries just once a year.

Use Snake Deterrents to create an avoidance zone

Sureguard Snake Deterrents have been developed to repel many kinds of snakes. They emit a pulsing vibration into the surrounding soil. When the snake perceives the vibration as a source of danger most snakes will choose to avoid confrontation. (Similar principle to bush walkers walking noisily to scare snakes away.)

Our customers say they work very well. We encourage you to read the many hundreds of customer reviews at the bottom of this page, both good & bad!

Note: If snakes are disturbed and subsequently moving with a fight-or-flight response, the snake may ignore the repellent action. 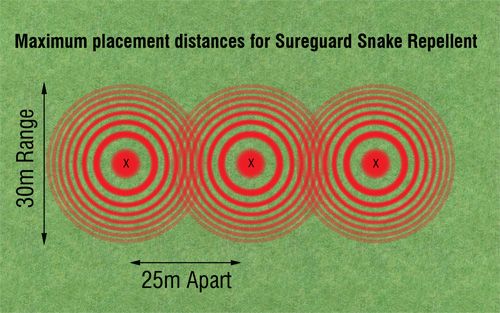 How Many Should I Order?

To protect the area immediately around your house, one repellent at each corner could be enough to provide overlapping vibration between adjacent repellents. Best coverage is when the snake repellents are away from the walls, say 5m.

Protecting the whole property is also a practical by forming a barrier around your fence-line. The repellents are placed no more than 25m apart.

Hard objects: If you have pathways, you'll need a repellent on both side because the vibration doesn't pass through hard objects in the ground. This applies to concrete, bitumen, gravel, pavers, etc.

Shallow top soil: If your top soil is shallow then reduce the separation between repellents.

Multi-level ground: You'll need snake repellents on both levels where ground is terraced because the vibration won't travel between levels.

Soil cracks: If the soil is dry and cracked you'll need repellents on both side because the vibration doesn't cross the gap.

Repeated exposure to the vibration could lessen the deterrent. In psychology this is called desensitisation. In practice this is rare because the snake moves out of the area. However, take care not to inadvertently trap the snake in the protected area. For example, one Sureguard customer had a snake under the slab of her house. She placed the repellent at the entrance of the hole to repel the snake. The snake did not come out for weeks, obviously feeling trapped, but eventually overcome its fear and went past the repellent. The correct installation would be to wait for the snake to exit the hole and later place the repellent there before the snake returned.

Sureguard Snake Repellents work on most snakes moving along the ground. A python moving off a tree onto your aviary won’t be deterred. Similarly, tree snakes won’t be affected. Juvenile snakes may respond poorly. Sureguard do not recommend using repellents against species Acanthophis antarcticus (Common Death Adder). Unlike other snakes that tend to move away from human activity, the Death Adder's method of hunting by ambush means it tends to stay hidden. (Reference: Wikipedia - Acanthophis).

To explain this behaviour you need to understand the psychology of how the product works and a concept in psychology called the “fight or flight response” (see Wikipedia). When a snake is casually moving through the environment and starts to detect the vibration, it chooses not to go there. Perhaps it is dangerous, the snake does not know. Is there an urgency in the snake’s mind? Not necessarily. If the snake is casually moving toward the protected area the snake may simply change direction without you ever knowing it was around. However, when you saw the snake moving quickly it had likely already detected you and chose to quickly move away. This is a natural “flight response”. Did it also detect the repellent? Not necessarily so; the repellents emit a pulsed vibration every 30 to 60 seconds. Between the pulses there is nothing to sense. This would explain the snake’s poor choice of direction.

I have a snake in my roof, can I place the repellent there?
Sureguard Snake Repellents have only been designed to repel snakes on the ground. Do not hang them on the roof or gutter, or on trees or other structures.

I have used solar snake repellers for the last few years. These are the best that I have purchased .

I have had the solar ones for 18 months and so far we have had no snakes, we have now purchased the 4 pack of battery ones and now can place in less lit areas with the same results. Great work!!